A car’s A/C works much in the same way a residential air conditioning system works, but on a much smaller scale. The ﬁrst and most important element is refrigerant. In the case of most vehicles built after the 1990s, the refrigerant of choice is R134a. It’s less damaging to the environment, the ozone layer in particular, than its pre-1990s predecessor, R12 (also known by the brand-name Freon).

A car’s A/C depends on the thermodynamic properties associated with these operating within a closed loop under the correct pressure. 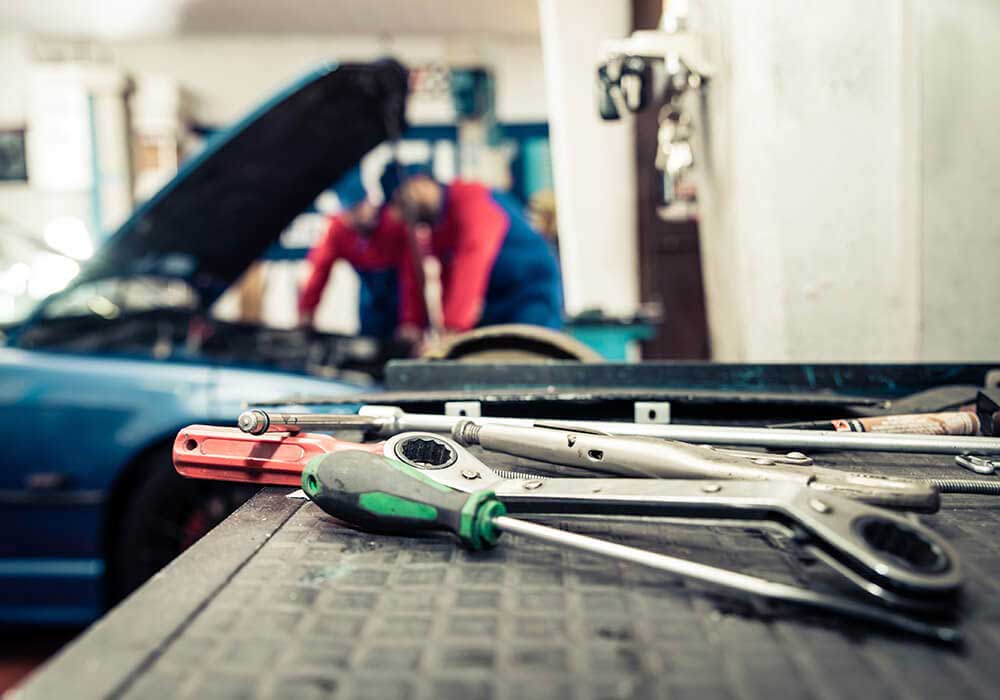 If you've noticed a lack of cooling output by your car's A/C, but components like the blower motor appear to operating correctly, a likely cause is a refrigerant leak in the system. R22 or R134a refrigerant itself never degrades or distengrates if it's in a sealed, pressurized system, so if an A/C system is low on refrigerant, there is almost certainly a leak in hose, connection ﬁtting or A/C system component. Because refrigerant is highly damaging to the ozone layer, it's a car owner's environmental responsibility to diagnose and repair a refrigerant leak as soon as possible.

Once the leak has been located and repaired, the system can then be recharged to ensure it contains the correct amount of refrigerant.

If you've ever visited an auto parts retailer or the auto parts section of a big-box store during the heat of the summer, you've probably noticed DIY refrigerant recharging kits for sale. These kits oﬀer the at-home cost-savings over having a qualiﬁed mechanic recharge the system, but come with certain drawbacks.

First, if you're not repairing the leak that's caused a low refrigerant level in the system, the system will continue to leak. Not only is this bad for the environment, it will eventually necessitate recharging the system again. Second, the refrigerant in your car's A/C system operates under pressurization and correct system pressurization means less wear and tear on system components. A qualiﬁed technician or shop will utilize a more sensitive pressure gauge when recharging the system and ensure it's recharged to manufacturer's speciﬁcations.

Since R22 refrigerant was phased out of production and widespread use by Environmental Protection Agency regulations starting in the 1990s, drivers of older vehicles that use R22 should expect to pay more for refrigerant recharging services. Although R22 is still availble, supply is reduced every year, increasing its cost.

If your A/C problem originates from a lack of refrigerant due to a minor leak, it will cost signiﬁcantly less than component repairs. If your air conditioning trouble originates from anything other than a simple leak, there's a wide range of possible costs and repairs. Something as small as an O-ring for a hose may cost as little as $2, but replacing any major component such as condenser, compressor or evaporator can easily start at $1,000 and rise quickly.

While the parts themselves are costly, the labor required can dictate higher prices on some A/C repairs. Disassembling complex interior pieces such as the dashboard may be necessary for some A/C repairs, which can take even the most experienced many hours to do.

Symptoms of failing air conditioning components can include loud screeching that's continuous or upon starting the vehicle, coupled with loss of cooling output. Other symptoms, such as rattling or poor air ﬂow from the vents, can help indicate the diﬀerence between a major repair like an A/C compressor, or a minor one like a bad blower fan. Problems attributed to the vehicle’s air conditioning itself can often turn out to be the air distribution system, which includes the vents and a blower motor for the fan.

Tips to Keep Your Car Cool

Turning on your air conditioning isn't the only way to keep your car cool during hot weather. Use these tips to help cut down on high temperatures and uncomfortable conditions in your car:

Visit the Service Pages on This Site to Learn More

In some regions, scheduling an annual safety inspection for your vehicle is required by law. Inspection and regular vehicle maintenance is not only cost effective; they help keep our roads safe. Contact the certified automotive experts at Jones Auto Repair to find our more.